#1 Baobabs: Madagascar’s legendary Baobab Alley is located in the west of the island. The mighty trees with their impressive silhouettes are famous all over the world. On Madagascar there are seven different species of Baobabs, on earth, there are only eight species in total. Discover the Baobab forests of Andavadoaka and visit the “Mother of the forest” in Tsimanampetsotsa! No matter where you go in Madagascar: Almost everywhere on the island, you will find Baobabs.

Biodiversity hot spots are countries that together cover only 2.3% of the earth’s surface but are home to around 70% of the world’s abundance of life forms. Madagascar is at the forefront of this: it is home to over 100 mammal species, around 250 bird species and an incredible 500 or so species of reptiles and amphibians. A good 12,000 flowering plant species can be found on the island, including over 1000 different orchids. More than 80% of Madagascar’s animals and plants are endemic, which means that they only occur on the Red Island and nowhere else in the world. The real paradise for nature lovers and animal lovers lies in the Indian Ocean! 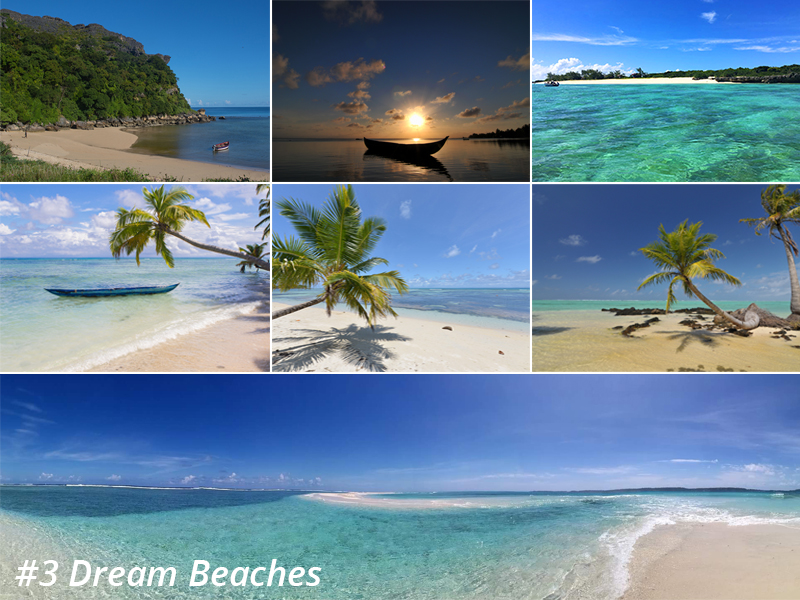 Madagascar’s coastline is about 4830 km long – the largest part of which consists of beaches! Small, paradisiacal islands with white sandy beaches, palm trees, and turquoise blue sea – the perfect holiday resort. Be it the beaches of Ifaty or Ankify, the islands St. Marie and Nosy Nato or smaller islands such as Nosy Tanikely – Madagascar has the right beach for everyone.

If you don’t want to spend the whole day with your coconut cocktail under palm trees, you will find plenty of activities on Madagascar’s dream beaches. Kitesurfing, swimming, snorkeling and diving is possible in many places. In the water around Madagascar you can watch humpback whales, dolphins, omura whales, pilot whales, sea turtles and even the gentle giants of the sea, whale sharks.

Madagascar is home to 18 different ethnic groups, all of which cultivate their own traditions, speak their own dialects and have their own special cultures. But one thing unites all Madagascans: they are very hospitable and welcome travellers with pleasure! Immerse yourself in a kaleidoscope of craftsmanship, ancient cult, traditional dances and rhythmic music. Madagascar with its many different people is a country full of magical and touching encounters! 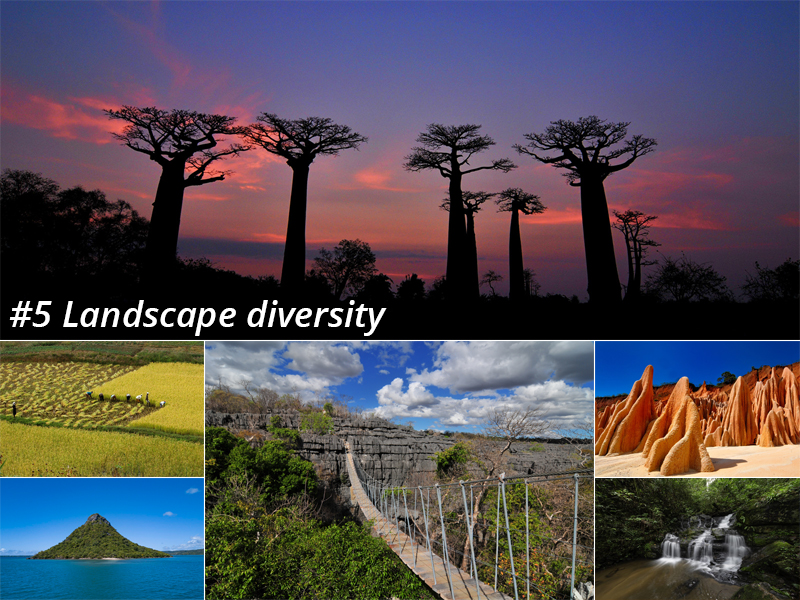 Madagascar’s landscapes are as different as you would never expect on an island. If you are looking for variety, Madagascar is the perfect place for you to travel! Along the humid east coast one finds lush rainforests. In the hot southern you can discover baobab and spiny forests, in the west species-rich dry forests. The Tsingys, needle-pointed rock formations, are also a special feature of Madagascar that you can only visit here. These fantastic landscapes have now even become UNESCO World Nature Heritage Site. 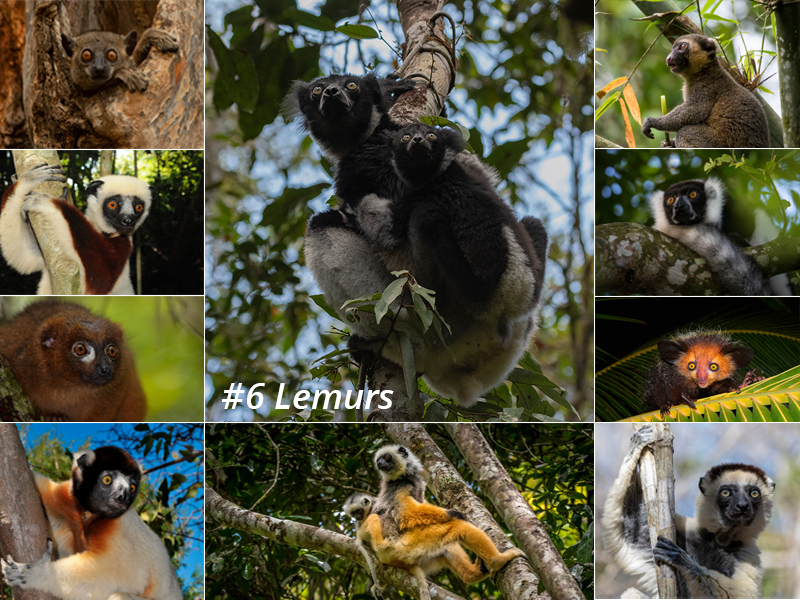 Lemurs are probably the most famous mammals of Madagascar – not for nothing because they originally exist exclusively there and nowhere else in the world. They belong to the Strepsirrhini and are divided into about 100 different species. Meet the famous Ring-tailed Lemurs and visit endangered Sifakas! To experience the animals under the southern sun in their natural habitat is a unique and incredible experience. Hear the Indris sing and the Ruffed Lemurs call! And even in the night you can use your flashlight to search for the shining eyes of little Mouse Lemurs. 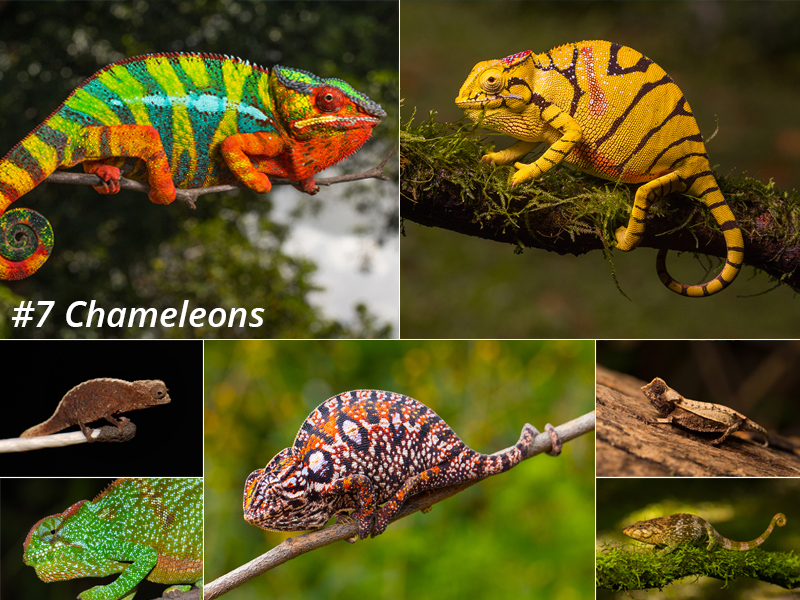 Madagascar is the reptile paradise par excellence and especially known for its chameleons. 96 of the currently described 217 chameleon species only occur in Madagascar – you won’t find them anywhere else. With their sling tongues, eyes that can move independently of each other by 342°, hands and feet that have been transformed into gripping tongs, and the enormous variety of colors, they look like mythical creatures. Experience the largest and the smallest chameleon in the world on Madagascar, the island of the chameleons!

#8 The insider tip among the travel countries

Despite its extreme biodiversity and breathtaking landscapes, Madagascar is still a secret tip for travelers. Mass tourism with skyscrapers directly on the beach, crowded excursion destinations and whole villages that only exist during the tourist season do not exist in Madagascar. Here you can sunbathe on deserted dream beaches and with all the time in the world, marvel at the rainforest and its animal inhabitants. Small, naturalistic lodges with friendly hosts instead of anonymous bed castles are the heart of Madagascar. Here you can really get to know the country and its people! 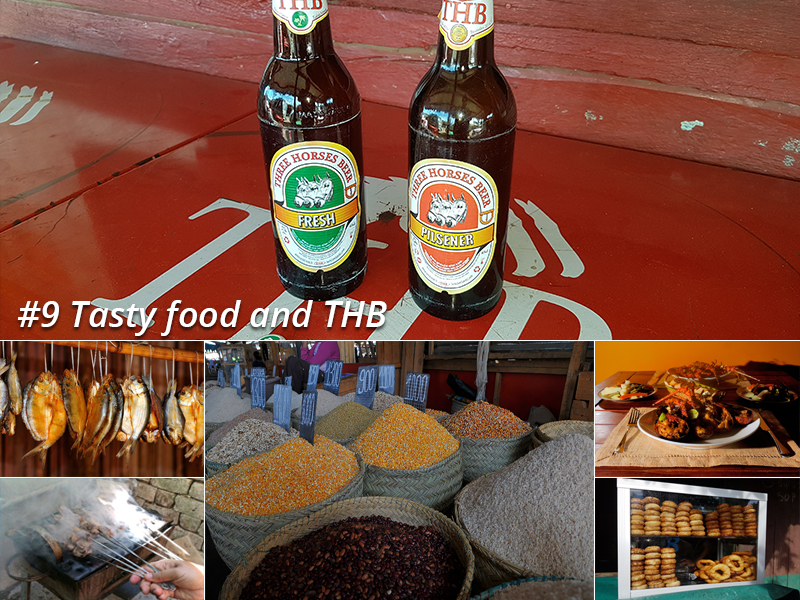 Madagascar offers a variety of delicious specialties that you should definitely try. For example brochettes, skewers with zebu meat, or one of the countless rice dishes, perhaps with pepper meat? On Madagascar’s beaches, you can feast on lobster and freshly caught fish with the famous coconut rice. And the many sun-ripened, juicy fruits of Madagascar leave nothing to be desired. By the way, the best beer of the Indian Ocean is available for this purpose: Three Horses Beer, THB for short. The brewery is located in the highlands of Madagascar. You can get a chilled THB everywhere in Madagascar.

Another good reason to go to Madagascar: Travel with friends instead of strangers. With Tanalahorizon you are in the very best hands on the red island. With 25 years of experience in traveling on Madagascar, we are your contact person both in Germany and on the island. Our entire team sees itself as one big family. Be a part of it and experience with us “the other Africa”, Madagascar!

Teilen
zurück Mysterious and nocturnal: The Votsotsa
weiter The oldest houses of Antananarivo 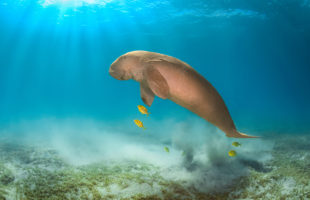 Dinosaurs and pterosaurs were true giants, that is the general opinion about the lizards of …