In the southwest of Madagascar, between the famous baobabs of Andavadoaka and the beaches of Ifaty, lies a small and entirely unknown lagoon far away from the hustle and bustle of big cities. A coral reef protects seven kilometres of white dream beach stretch along the turquoise blue sea. Sounds like paradise? It is!

This little paradise belongs to Salary Bay, where the hotel of the same name is situated on a headland jutting into the sea. There is nothing far and wide here but sand dunes and the sea. The Vezo people here make their living from fishing in the neighbouring village of Tsifota. All activities here revolve around the sea: you can go out with the Vezo in traditional pirogues and grill freshly caught fish and lobsters over the fire on secluded beaches. Salary lagoon is also a great place for kitesurfing: The water is shallow and the temperatures are pleasantly warm all year round. There is also a steady wind, which the Malagasy call Tsiokatimo.

A special feature of Salary Bay is the opportunity to dive for shipwrecks from the 18th century. Three different ones lie off the reef, two of them at a depth of only seven to eight metres, waiting to be discovered by divers. It only takes 15 to 20 minutes by boat to reach the wrecks.

The oldest wreck in Salary Bay is the Nossa Senhora do Monte do Carmo. She was a ship of the line of the Royal Portuguese Navy. It was launched in 1760 in Salvador de Bahir in Brazil. The ship was wrecked in good weather on the reef of Salary Bay on 7 August 1774. Eyewitnesses reported that the ship broke apart and sank in the waters of the Mozambique Channel. Originally, the Nossa Senhora do Monte do Carmo was probably on its way to Goa in India to deliver artillery to the Portuguese colony of the time. 62 cannons from this delivery can still be found underwater.

The second wreck in Salary Bay is the Winterton. This three-master belonged to the English East India Company and was launched in London in 1782. On 20 August 1792, under Captain George Dundas, the ship ran aground off Salary Bay on her way to India. However, the captain thought she was still manoeuvrable and tried to get the ship ready to sail again. The three-metre anchor that was supposed to save the Winterton from running aground a second – and final – time on the reef of Salary Bay still lies at the bottom of the sea today. It broke and could not save the ship. The Winterton sprung a leak and sank. Only a few of the 280 passengers survived. The captain arrived on the coast of Mozambique in a lifeboat about four weeks after the accident with 16 survivors.

The two shipwrecks of the Winterton and the Nossa Senhora do Monte do Carmo were rediscovered in the 1980s by the Belgian underwater archaeologist Robert Sténuit. In 2022, 3D models of both sites were created by the Maritime Archaeology Trust (UK) and the Marovany Association.

A third shipwreck was found in 2007 by diving instructor Frédéric Lucas and Belgian diver Pierre van den Boogaerde. It lies slightly deeper than the other two wrecks, at around 16 metres. Van den Boogaerde suspects that it could be the Surprise, which was launched in Boston in the USA in 1866. She left New York on 16 August 1885, loaded with petroleum. The plan was to sail the southern route around Africa past Zanzibar and Madagascar to Bombay in India. On 21 November 1885, the Surprise unexpectedly ran aground, right on the reef of Salary Bay. According to historical records, the crew and the captain tried with all their might to make the ship seaworthy again. But they did not succeed. Today, parts of the wooden and copper hull as well as three anchors can still be seen on the seabed.

Those who prefer to stay further up in the sea in Salary Bay can be enchanted by the colourful underwater world while snorkelling or scuba diving in the coral reef. Sea turtles and rays are frequent visitors to the reef. From July to September, you can even watch humpback whales here.

Salary Bay is located about 100 km north of Toliara and can be reached from there via the RN9 in three to four hours by off-road vehicle. In Ambolomailaka, turn off onto a sandy track towards Manombo Sud and follow the road until you reach the bay. There are regular domestic flights to Toliara from the capital Antananarivo. 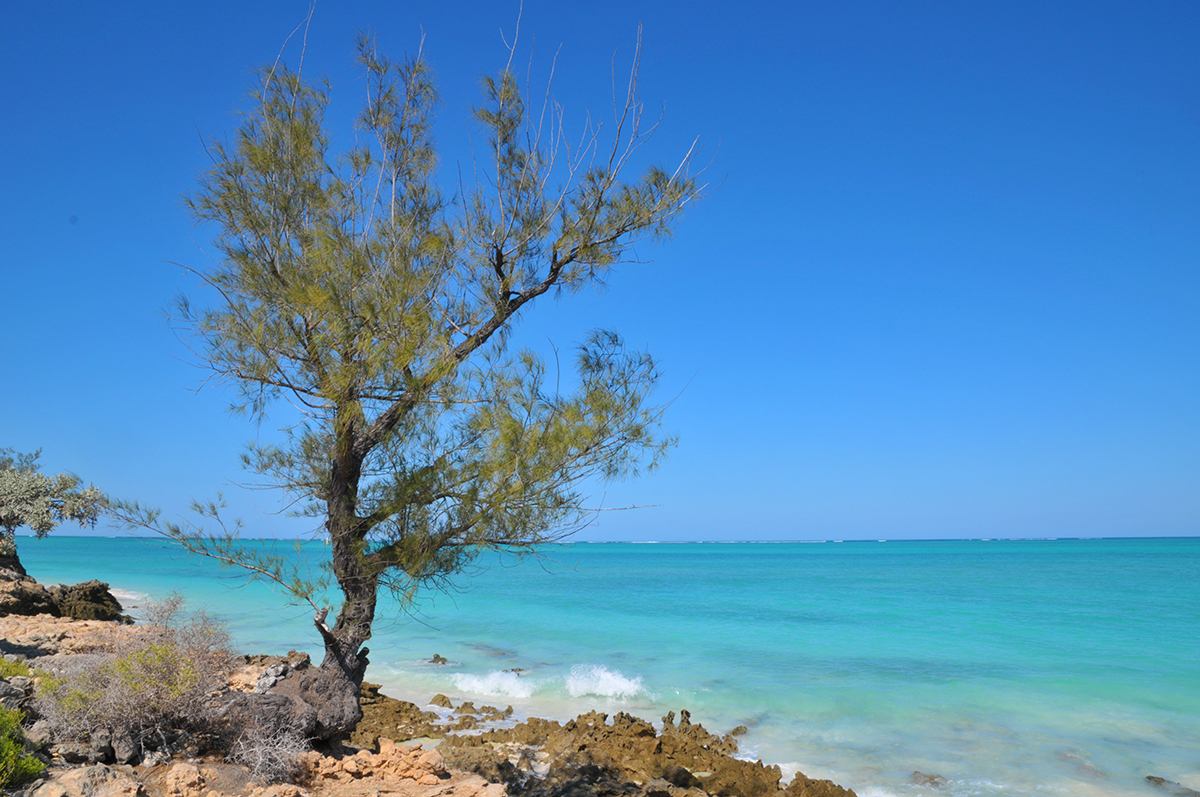