Insects, arthropods and arachnids in general

Presumably, the largest wealth of species of Madagascar can be found in insects, arthropods and arachnids. Several thousand species could it be, rather more – especially since many of them are neither discovered nor described yet.

Famous and bizarre at the same time is the giraffe-necked weevil. The males of this species got red wings and have a long, giraffe-like, black neck. The females’ neck is shorter, but still extraordinary long. Who takes a closer look, can discover perfectly camouflage stick insects in bushes and branches, who mimicry thin branchlets with their bodies. Some species like the pink winged Sipyloidea sipylus spray a harmless defensive secretion if touched. You can also find different species of praying mantis, which capture skilfully smaller insects with their arms, everywhere in Madagascar.

Butterflies and moths come in numbers with more than 3000 species in Madagascar. The most amazing one seems to be the Malagasy Moon Moth (Argema mittrei), which is the second-largest butterfly worldwide. Another, very pretty colored big butterfly – which is mostly much too quick for pictures – is the Madagascar Diadem (Hypolimnas dexithea).

Dragonfly lovers get their money worth in the rainforests and around Malagasy waters – dragonflies are omnipresent companions in the humid regions. In contrast, almost everywhere in Madagascar, they have colorful centipedes. But don’t get too close to these quick arthropods! Their bite is very painful and lasts for days. Huge millipedes are much more harmless, you can take most of them into your bare hand – their defensive secretion is usually harmless for humans. Giant pill millipedes hide in rotten groves and under the foliage. As soon as they presume danger, they roll up to a solid sphere you can hardly open again.

Who hears something humming unbelievable noisy, surely will find the matching bee gum. These honey collectors aren’t really aggressive, but you better shouldn’t get really near a whole swarm of them – as in Europe, too. The many bizarre and obscure bugs of Madagascar serve as far better photo motif, e.g. the big, rare lantern bugs (Zanna spp.) with their long nose appendages. Those comfy, slowely flying ones come in several colors and shapes. Another colorful motif – and really easy to find – are many grasshopper species. Only the migratory locust is rated as a plague, which invades fields in huge swarms and destroys the food of whole villages in minutes. But in contrast, it also serves as a tasty snack at many local markets.

Among insects, there exist very odd Malagasy, too: Some flatid leaf bugs (Phromnia spp.) carry snow-white tufts on their back as larvae. They arise mostly in huge swarms, building some kind of white carpet on branches and bushes in the middle of the rainforest. In their neighborhood, you can often find huge, several meters long spider webs. They’re built by colorful Orb-Web Spiders (Nephila spp.) and partially webbed over small rivers in only several hours. The strings and cocoons are so stable that you can weave expensive silk carve from them (which are a lot cheaper to buy in Madagascar than in Europe). In smaller webs, you can discover Spiny Orb-Weavers (Gasteracantha spp.), which don’t resemble at all typical spiders with their bizarre body appendages and bright colors. Even travelers who are afraid of spiders will soon befriend these small arachnids. Despite more than 400 spider species occurring in Madagascar, only a few regions are home to few tarantulas. The next relatives of the spiders, the scorpions, can only be found in distinct areas under stones and dead wood, too. Luckily, there are no highly poisonous species among them.

Madagascar’s most dangerous animal doesn’t grow up to more than a single centimeter – it’s the overall occurring mosquito. Unfortunately, the island also has Anopheles ssp., which can carry malaria to humans – a still often deadly fever disease in Madagascar. You can easily recognize this mosquito by its unique sitting position on human skin: Its body makes a 45°C angle to the skin surface. Therefore you should always bring enough mosquito repellents as a traveler in addition to medication against malaria.

Teilen
zurück The empire of the Vazimba
weiter Kings of the sky: Madagascar’s birds 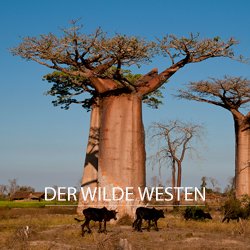