In the east of the holiday island St. Marie (Nosy Boraha), there is a small island that is home only to a hand full of houses. Under French colonial power, it was called Ile aux Cayes, but in 1920 the French man Sylvain Roux renamed it. He called the island Ile aux Madame – island of the Madam (in Malagasy simply written as spoken: Ilot Madame)-, allegedly to honour the daughter of the French King Louis XVIII. By the way, according to historians he had no children at all. Maybe originally Napoléon was meant, and some years got lost by oral traditions. But this is not the only scurillity of the tiny island.

Among natives, Ilot Madame is known for its small Port Loquez, where small and medium-sized boats drop their anchor and people keep their wooden pirogues. Among tourists, Ilot Madame became famous when explorers suspected the ship of famous 17th century’s pirate William Kidd to hide in the bay. In 2015, the American treasure seeker Barry Clifford visited theisland. Accompagnied by great media hullabaloo including a visit by the Malagasy president, he searched the bay for pirate treasures. Afterwards, he proudly claimed that he had found the treasure of William Kidd as well as his ship, the Adventure Galley – always watched by cameras that made a 20 minute television film from the story. Later, an expert team of UNESCO revealed that the silver colored 50 kg chunk was only made of lead, and that it had probably been earlier a part of the docks’ mounting. The allegedly found ship wreck also turned out to be a sunken part of the old port. The famous ship of pirate William Condon, the Fiery Dragon, is also said to lay in the sea close to Ilot Madame.

Actually, the museum of Ilot Madame was intended to preserve the pirates’ heritage, give information about wrecks in the bay and exhibit found objects. Unfortunately, renovation of the house progresses very slowely, mainly due to lack of sensational found objects or any ship wreck. Even the house itself lacks a hint that it is indeed a museum. But you can really visit it! For small money, you can have a look at some hundred years old exhibits – although the majority of these has nothing to do with pirates.

The graves of Nosy Mangabe 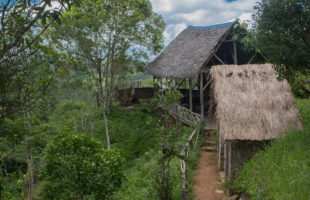 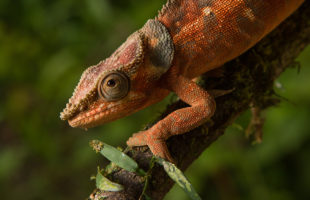