Black smoke clouds the national route 2, the off-roader brakes and continues at snail’s pace. The driver hurries to close his window. “What’s that?”, asks a traveler in the back seats. “The forest is on fire,” mumbles the driver. “We call it tavy.” This or something similar happens every day in Madagascar.

But why is the rainforest burning next to a national park? It’s very simple: It’s lit. Mitavy is the Malagasy word for slash-and-burn agriculture. In order to burn down an area, the entire tree and plant population must first be cleared. Then let everything dry for a few weeks and finally light the dry plant remains. Some men supervise the fire and make sure that only the planned area burns down – which doesn’t always work. Slash-and-burn is being practised everywhere in Madagascar, causing the biggest environmental destruction on the island for thousands of years. In the past hundred years alone, more than 70% of Madagascar’s original rain, dry and spiny forests have disappeared.

To understand why people are devastating their own country, you have to do a little more research: Madagascar is one of the poorest countries in the world. More than a third of the population can neither read nor write and has no access to clean drinking water or medical care. Those who live remotely and are hardly allowed to experience education from an early age must feed on what they have learned from their parents and grandparents. In many places this is simple agriculture, for example the cultivation of rice, the staple food of the Madagascans. Now one could always cultivate the same fields, but due to a lack of fertilizer and soil cultivation technology, many Madagascans have to switch to new fields. And fertilize with ashes.

In earlier times, a piece of land was burned down, used for two or three years to grow rice, and then a new piece of land was sought. In the next 20 years, the forest regained the unused field. That went well for many centuries. But with the explosion in population growth since the 19th century, the balance changed: For more than hundred years now, forests have been disappearing faster than new trees can grow again.

For most Madagascans, the family is the most important constant in life. Many children mean happiness and prosperity. And contraception is unfortunately not an issue, especially among the poorer population. However, the more heads the family has, the more difficult it becomes to feed everyone. Once again, more land is needed to keep the low-income family afloat through agriculture.

And so the families clear forests. The last of them still standing. For corn, rice and sugar cane fields or on a large scale for commercial coconut, ylang-ylang or coffee plantations. In the south, cattle pastures are needed for the countless zebus, and all over the country, vast quantities of firewood and coal are needed because the vast majority of families cook on open fire. The illegal cutting of precious woods such as rosewood, ebony or palisander, which are highly sought after abroad, accounts for another proportion of the shrinking forests. Corruption and poverty also play a major role here – the fast money lures some into illegality. Since the beginning of the 20th century there has also been mining in Madagascar for precious stones, metals and rare earths. Where sapphires and gold wait, trees have to make way. What remains are bare, perforated surfaces that can no longer be used for anything.

The bare, cleared and used areas have considerably less vegetation than the original forests. They become more susceptible to erosion due to the lack of deeply rooted plants. Storms and rain clog the fields. As rain hardly seeps away due to lack of roots, mudslides roll on roads and into valleys. Red earth is washed into the rivers and sedimented in lakes. During the rainy season, landslides along the RN2 from Antananarivo to Toamasina (Tamatave) have been increasing for years. The dwindling habitat is also the main cause of threats to the island’s endemic, unique flora and fauna. In the meantime, several lemur species have been gone extinct, all Sifaka species and many reptiles are regarded as threatened with extinction.

Legally, the situation is clear: slash-and-burn is illegal. The cutting of precious woods as well, whereby high corruption and changing legal situations make the implementation of existing laws massively more difficult. The calculation is actually quite simple: As long as people have to fight for their survival, there is no place for nature and species protection.

Madagascar’s last chance is eco-tourism and the growing environmental awareness of the Madagascans themselves. Only through people who pay money to see the fantastic rainforests, to walk through impressive thorn forests and to discover the many endemic animals, nature gains value. A very material value that is noticeable for the neighbours of the national parks and reserves: Tourism creates jobs – whether as a guide, hotel chef, shop owner or taxi driver. Where money flows and work is paid, schools can ultimately also be built. And around most protected areas there are organisations that work with the Madagascans to promote sustainable agriculture and active environmental protection.

In the highlands, Madagascar’s tree population is slowly growing again – even though these species are mainly non-native, introduced trees such as pines and eucalyptus. Several environmental organisations maintain tree nurseries and replant cleared slopes. Almost half of Madagascar’s lost forests are now protected, although in many places it is still in its infancy. So there is a spark of hope for the forests of the Red Island. It is up to the people to feed this spark and not to let it become another forest fire. 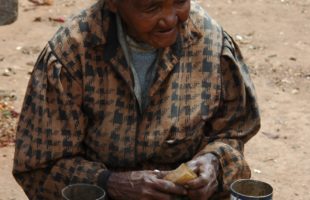 Hectic, stress and urgent appointments: In Madagascar you can leave all this behind you. Time … 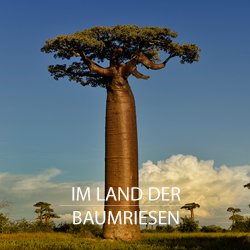